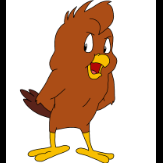 By Dandiego,
August 18 in Works in Progress