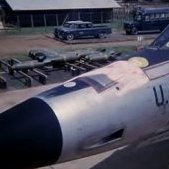 By marauderdriver, November 5, 2014 in Double Trouble!