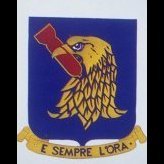 By Avenger2614
November 22 in LSP Discussion