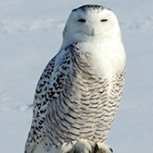 By Nic C.D.
October 21 in Vendors Board