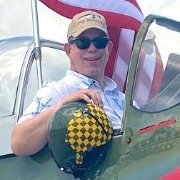 By Hoss FL
July 4 in Works in Progress