A Pair of Pups - Finished 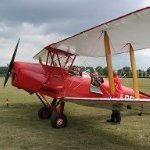