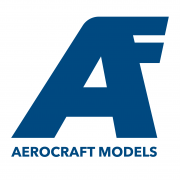 By Ali62,
November 7 in Aerocraft Models